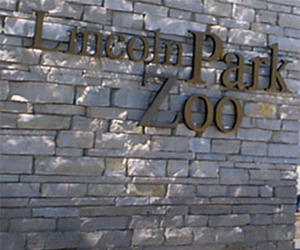 Situated within a lush green park north of Chicago, Lincoln Park Zoo is open 365 days a year and is one of the most popular attractions in the city. This delightful little oasis found in the midst of the city’s soaring skyscrapers offers free admission to the park and is a delight for nature lovers. Boasting an impressive array of animal habitats of even the most rare species, stunning zoological gardens and exciting rides for the kids, the zoo is an ideal family attraction. The gardens at the park are truly beautiful covered in a carpet of verdant lawns and colorful blooms set against a backdrop of charming Georgian brick buildings and modern structures.

When was Lincoln Park zoo built? – The zoo was first started in 1868

Why was the Lincoln Park zoo in Chicago built? – The zoo was started with gift of two swans. It kept on growing for public entertainment.

Who was Lincoln Park zoo named after? – Zoo was named after Abraham Lincoln.

Lincoln Park Zoo History: The zoo was founded in 1868. Two swans received as a gift in 1868 were first birds of the zoo. During 1874 new bear cub was introduced to the zoo. From then and now numbers of animals are growing at the zoo. For detailed history of Lincoln Park zoo, Click Here

A good place to start at is the Regenstein African Journey where the four habitats are home to some of the most magnificent creatures of the African jungles. Elephants, rhinos, giraffes, hippopotamus, African wild dog and many more other wonderful animals will give you a chance to see them from close quarters.

Your next stop should be the state-of-the-art Regenstein Centre for Africa Apes. This place is absolutely unique and unlike anything that you may have seen. Occupying a living space of 29000 sq. ft. this $26 million centre is clustered with dozens of trees and almost 5,000 feet of artificial vines inhabited by chimpanzees and gorillas. The Kovler Gorilla Bamboo Forest, the Strangler Fig Forest and the Dry Riverbed Valley make up the three habitats.

Those who enjoy watching the activities of the furry creatures can make their way to the McCormick Bear Habitat, which is home to all kinds of bears including the Andean Bear, Malayan Sun Bear and Polar Bear.  The 266,000-gallon pool and underwater viewing windows allow you to even watch the polar bears from really close quarters.

Birds are always a delightful spectacle and at the Lincoln Park Zoo, there is a special McCormick Bird House, which is filled with the twitters of all kinds of exotic birds. An assortment of birds from the tropics, forests, savannahs and seashores present a pretty picture that reside within their respective habitats. Some of the popular species include Mandarin duck, piping plover, tawny frogmouth, scarlet ibis, snowy egret, Nicobar pigeon, red knot etc. The Regenstein Birds of Prey also contains some of the most exotic species including European white stork, snowy owl, cinereous vulture and bald eagle.

Kovler Penguin and Seabird House also amuses and delights with its diverse range of aquatic birds that are housed within the zoo’s 18,000gallon temperature controlled pool. Here you get a chance to come face to face with king penguin, rockhopper penguin, common murre, razorbill and tufted puffin.

A visit to the zoo is incomplete without meeting the king of the jungle and you can do exactly that at the Kovler Lion House. Situated in the heart of the zoo, you can hear the roars of the Afghan leopard, Amur leopard, African lion, puma, snow leopard and jaguar.

Some of the other interesting exhibits include the Regenstein Small Mammal-Reptile House, Hope B. McCormick Swan Pond and Antelope and Zebra Area. Besides the various habitats, the zoo also offers two exciting rides for your little ones. Your child can hop onto the LPZoo Children’s Train Ride or enjoy a merry-go-round ride on the AT&T Endangered Species Carousel. With so much to see and do, it isn’t surprising that the zoo is a favorite with both the locals and the tourists too. 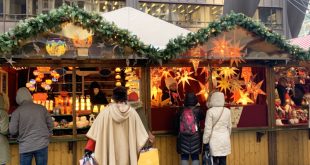 The Christkindlmarket – Christmas Market in Chicago 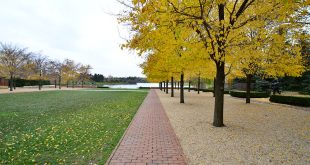 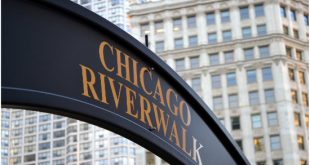 How to Spend a Day on the Chicago Riverwalk